KAUST alumnus Babar Khan (Ph.D. ’18) was recently selected as one of 20 Innovators Under 35 in the MENA region by MIT Technology Review Arabia.

Innovators Under 35 recognizes talented young entrepreneurs transforming the world with creative solutions through the use of science and technology. MIT Technology Review has honored outstanding innovators annually since 1999. The historic list of innovators includes Google co-founders Larry Page and Sergey Brin; Facebook co-founder Mark Zuckerberg; PayPal co-founder Max Levchin; and KAUST Assistant Professor Derya Baran, who was listed as part of last year’s MENA edition. In the MENA region, awardees receive recognition as one of the following: Inventors, Entrepreneurs, Visionaries, Humanitarians and Pioneers.

He and his fellow Innovators Under 35 received their awards at the Emerging Technology (EmTech) MENA conference 2019, which took place from November 4 to 5 in Dubai, UAE. EmTech MENA, a premier conference focused on emerging technologies and their impact, was held in partnership with the Dubai Future Foundation. The 20 young innovators will also be profiled in the upcoming third edition of MIT Technology Review Arabia. 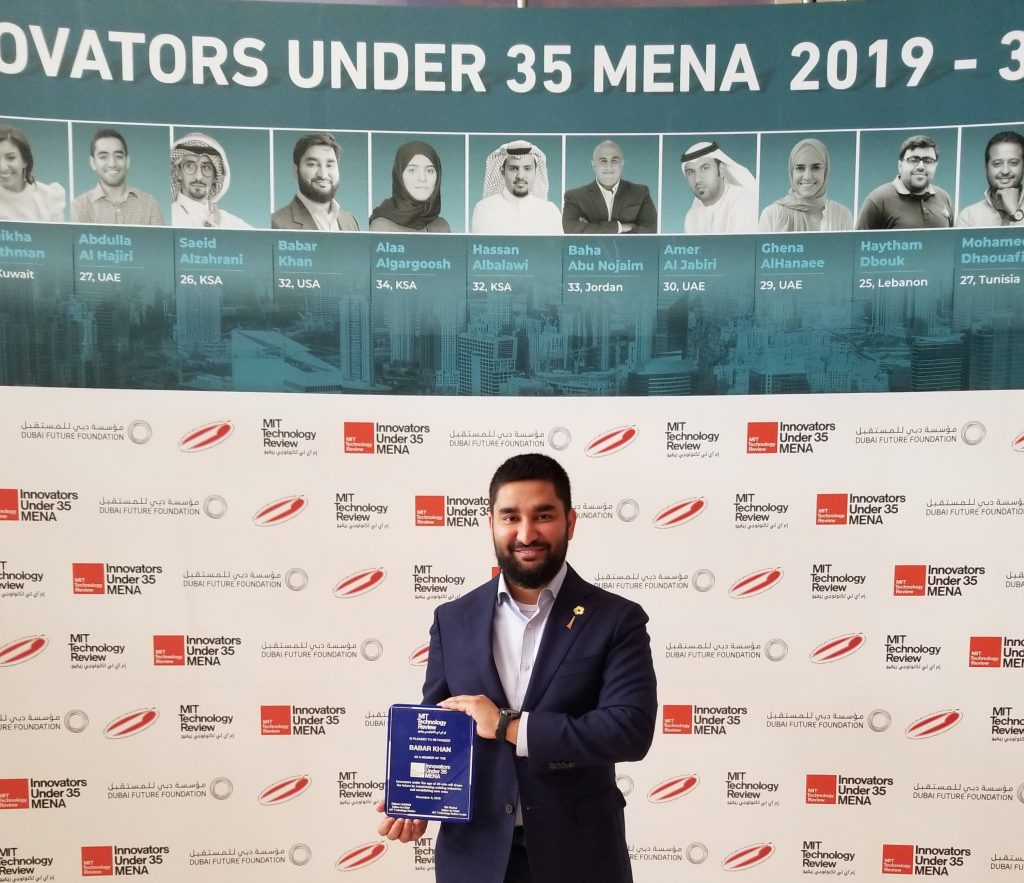 Babar Khan showcases his ‘Innovators Under 35’ award presented to him at the Emerging Technology MENA conference 2019 in Dubai in early November.

Talent From the Region

“It was an honor to receive the award [and] to meet with like-minded innovators working across different platforms to demonstrate the region is producing talent and technologies that…not only impact our region but [also] the global community,” Khan stated. “At the event, I was reminded of the statement at my [KAUST] graduation ceremony in 2018 by [Saudi Arabia’s former Minister of Petroleum and Mineral Resources] H.E. Ali I. Al-Naimi that ideas will take off from this region like birds and soar around the world to create impact.”

“[Winning the award] would not have been possible without the support I received from my [KAUST] advisor, Professor TorOve Leiknes; my [startup] co-founder Dr. Luca Fortunato; the academic talent at KAUST across all disciplines; the [KAUST] Core Labs; and the vision of the [University’s] Innovation and Economic Development office to take the bold step of being patient during the incubation of deep technologies,” he added. 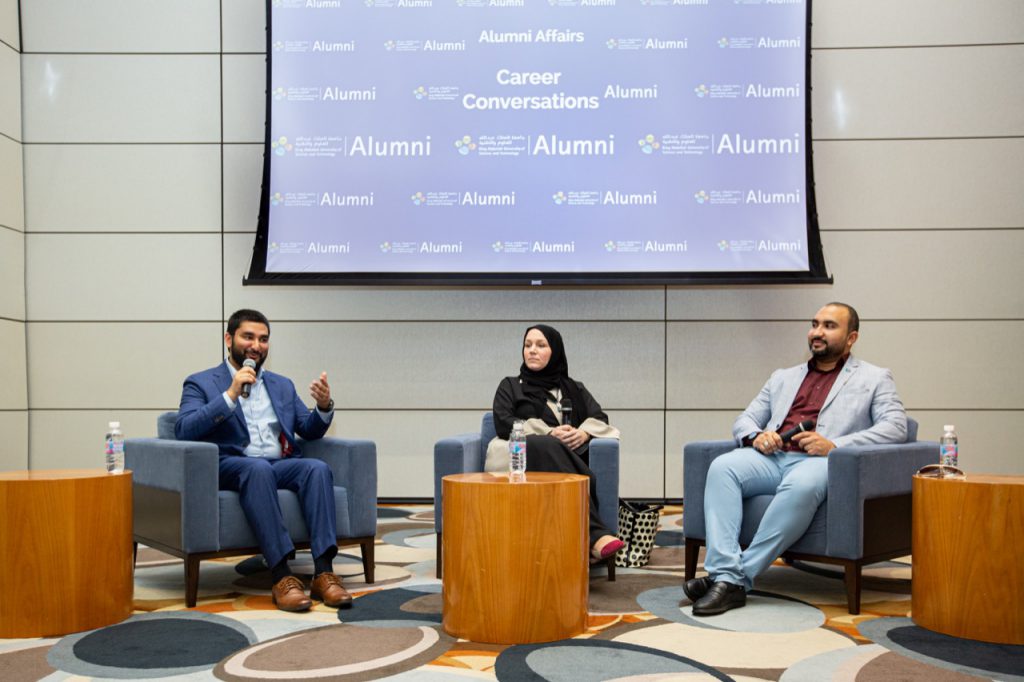 Alumnus Babar Khan (left) speaks as part of a KAUST alumni panel event on the University’s campus on October 24.

After obtaining his bachelor’s degree in 2008 and his master’s degree in 2011 from the U.S., Khan worked in biotechnology companies, such as GE Global Research and the clinical biotech company ContraFect. In his work, he characterized microbial accumulation on materials and researched the mechanisms to avoid it.

In 2014, Khan arrived at KAUST to begin his Ph.D. in bioscience. His research, which took place at the University’s Water Desalination and Reuse Center, focused on the detection of early biofouling on industrial systems.

“Some industrial systems, such as water desalination plants, include wet surfaces that favor the accumulation of microbes, or biofouling,” Khan explained. “Biofouling is an issue for the system, as it reduces functional capacity and affects the overall performance of the system. [We] developed an automated SMART monitoring sensor for biofouling to reduce failure in desalination plants.”

The sensor measures microbial abundance based on fluorescent detection of enzymatic activity, and it is installed in the desalination plant to automatically sample water. Using a real-time chemical detector of enzymatic activity, the sensor detects earlier microbial growth and sends the information to the control room, where cleaning decisions are immediately made. Early detection of biofouling improves water safety not only by reducing the presence of microbes but also by reducing the need for chemical disinfectants.

Other methods to monitor biofouling do not detect earlier microbial accumulation, as those methods are based on changes in the physical parameters of the systems, which are usually observed at advanced stages of biofouling. Khan’s technology quickly detects microbial growth, as it focuses on the biological processes happening within the microbial cells. 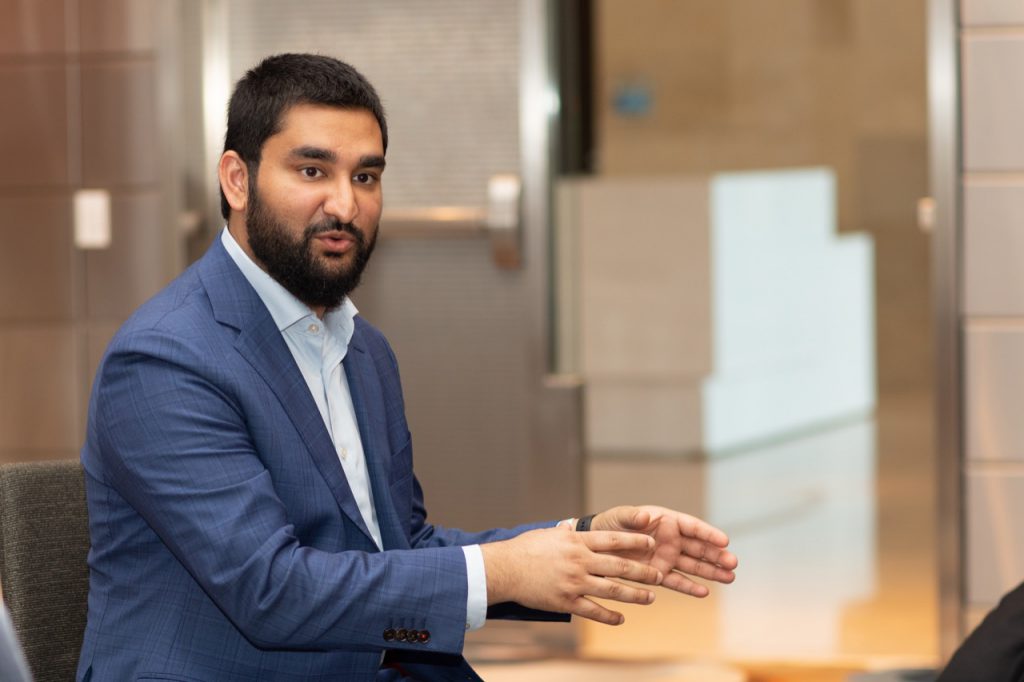 Babar Khan completed his KAUST Ph.D. in 2018, and he currently works on commercializing his doctoral research into technology.

Passion for the Business of Science

Khan has a passion for innovation and biotechnology. Throughout his career, he has promoted entrepreneurship locally and internationally. While at KAUST, he helped create the KAUST business group eBIG, which has assisted in engaging the University’s students with the business world.

Khan is currently commercializing his doctoral research into a technology—he co-founded startup MiSect, which was funded by KAUST Innovation and Economic Development. He also has three U.S. patents.