It is almost impossible to prevent natural disasters from happening and many of them occur without any human prediction. Thousands of lives are lost each year due to both massive flooding and hurricanes around the globe causing millions of dollars in damage and repair footed by both government and its citizens.

Enter Sadeem – a KAUST IP-based technology which uses sensors to monitor floods and air quality.  Sadeem founders, Ahmad Dehwah, Esteban Canepa, and Mustafa Mousa, along with advisor Dr. Christian Claudel, recognized the alarming lack of flooding prevention to be a pressing global issue causing up to $40 billion in damages yearly. Predicting and managing floods could also save countless lives.

Sadeem: Real-time analytics to save lives and resources

Sadeem’s development was a result of the devastating floods in Saudi Arabia that left catastrophic destruction and cost more than $135 million in damages in Jeddah and Makkah alone. “I wanted to do something with an impact,” said Dehwah, “Something that has value for society. From day one, I knew predicting floods was an interesting challenge worth pursuing.”

The developers of Sadeem consequently invented a unique sensing system to predict and reduce the impact of floods on cities where no prevention is enforced. “With Sadeem, the severity, magnitude, and propagation of a flood is entirely detectable and resultantly far more manageable. It was the lack of information that was paramount.” Dehwah continued, “During a catastrophe, people do not know what is going on. There is no real-time information to make the right decision.” By using Sadeem rescue teams can accurately callout allocation of priority in terms of evacuation areas, and other vital factors.

Dehwah’s background in wireless networks and communications combined with the systems analysis and flood management expertise of Mustafa Mousa, along with the traffic expertise of Esteban Canepa enabled the team to believe in Sadeem’s significant potential. “We all sat down together and evaluated the project and knew this was enormous; so we had to jump in together. Different expertise, different knowledge, all as one.” Explained Dehwah.

The startup’s process began by analyzing varying systems that would need to be deployed. The route started in R&D, shifted into Applied Research, and after evaluating existing technologies, Sadeem started building dedicated hardware and software. Since flooding does not always affect cities, Sadeem’s founders had the time needed to deploy sensors and real-time data in those times outside of flood danger. “We enhanced it with the capability of sensing road traffic conditions,” explained Dehwah, “Adding real-time monitoring to real-time flood sensing capability.” 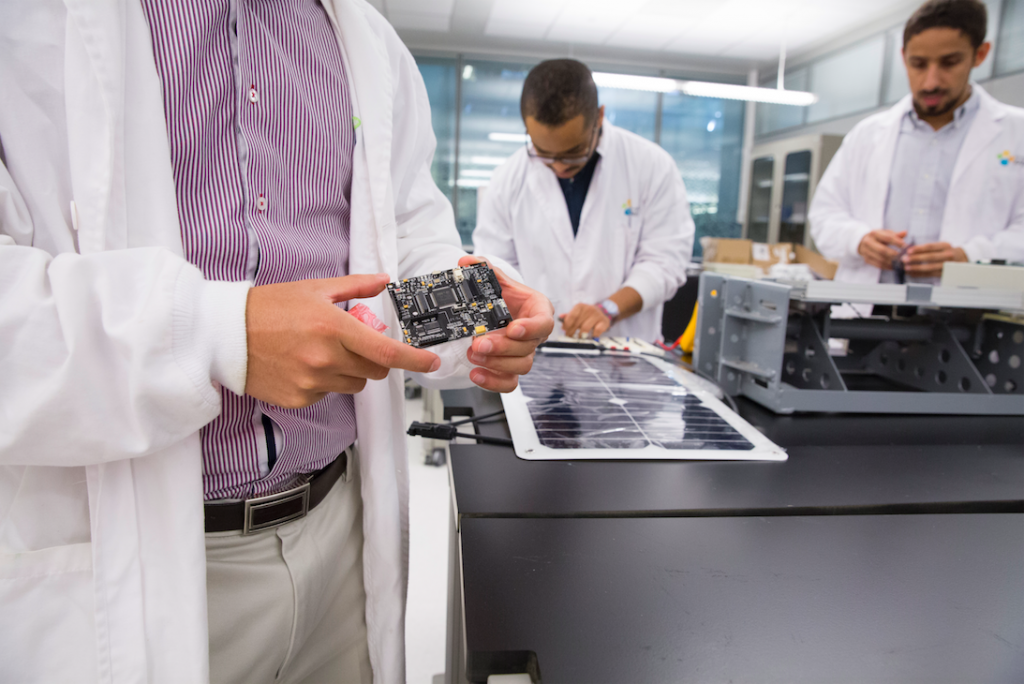 The KAUST Entrepreneurship Center helped in enabling the three co-founders and played a significant role in Sadeem’s fruition. “KAUST supported us in securing a patent for our technology.” Said Dehwah, “We benefited from the Technology Transfer Office where students learn how to move technology first to a patent and then afterwards to an industry”. This KAUST startup was founded in 2015 and is also the recipient of funding from the KAUST Innovation Fund (KIF), providing the team with valuable seed investment to move forward in their journey.

In June 2019, Sadeem was among six Saudi Finalists who pitched and won at the Entrepreneurship World Cup (EWC). In November 2019, Sadeem will go on to compete with other global startups from over 60 countries at the  Misk Global Forum in hopes of obtaining up to $1M in prize money.

As one of the Saudi finalists in the 2019 EWC, Sadeem is looking forward to be up against other innovative startups hoping to win and secure significant funding for expansion. Geographical breadth is critical in the startup’s plan to grow further. The team aspires to share their technology with every city vulnerable to flooding and help protect a world of people from its significant dangers. “We’ve been passionate about it – and we have done our best. We must also thank our entire team of around ten employees, each of these brilliant people made all this possible,” says Dehwah.