It is often said that language is the most common unifying factor in a culture. Languages and dialects are often used to celebrate that culture’s customs and traditions and, indeed, from the time man came to express himself it was language that brought storytellers, the keeper of histories, and the lynchpin of communication. Dhad, a Saudi-based technology platform which grew out of the 9/10ths accelerator program in partnership with KAUST, aims to connect readers throughout the Middle East and abroad with readable content they can easily access through their application. They have often been compared to ‘Audible’ – offering both audio books and periodicals written in Arabic and those publications translated into Arabic.

Startup founder, Manar Al-Omayri, developed Dhad as a way to democratize and solve what she saw as a very fragmented publishing market. “The publishing sector in the Middle East in general is fragmented,” says Al-Omayri, “The distribution market is really weak and that’s why you don’t see people from different regions exposed to different cultures of other Arabic countries or countries from the MENA  region. I get really emotional when I see statistics and numbers that say we are lowest nation in the whole world that reads.”

In response to this Al-Omayri set about creating a powerful app that would make it easy to gain access to recorded reading material. “Most of the population in the Middle East are really young and most of their purchase behavior is online.” Explains Al-Omayri, “So they aren’t the type of people to go find what they are looking for in a bookstore or a library branch. Put that together with the distribution problems and the regulations in other countries with regard to publishing and it’s a dreadful experience – that’s why people don’t read.”

Dhad started in 2014 as a service offered business to business only. However, as e-commerce strengthened and people increasingly adopted digital technology and smart phones, Dhad was launched as an app in 2016. Since then it has achieved tremendous success with some books purchased more than 10,000 times – a rare achievement for printed books. With the Dhad app, readers can find and listen to a book, magazine, audio show, or even just a book summary with one click. The app suits busy lifestyles and modern purchase behaviors allowing readers and listeners to digest content on the go. It’s an app that anyone in the world can use and all the content is in Arabic. Though customers are mostly from Saudi Arabia, they also come from the Gulf countries, Egypt, North Africa, and Jordan as well as America, Argentina, Malaysia, and Indonesia. 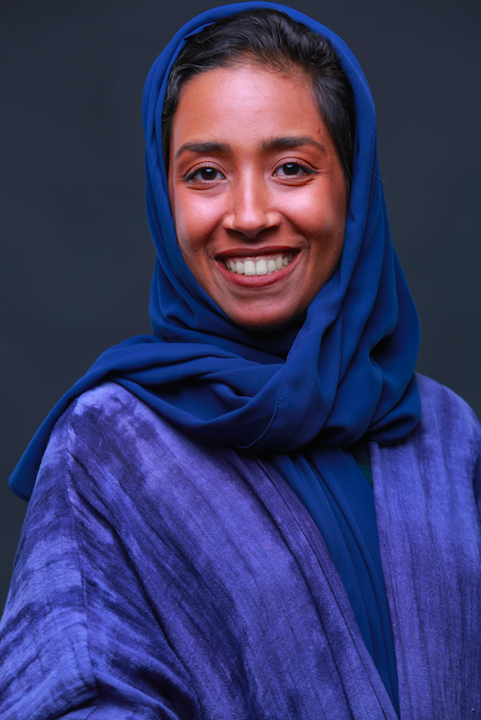 Al-Omaryri had graduated from 9/10ths startup accelerator program in partnership with KAUST, one of the entrepreneurship programs offered at the university. This program is a Human Resources Development Fund (HRDF) initiative organized in partnership with KAUST which aims to develop early-stage entrepreneurs and their concepts into new, high-potential startups and to accelerate the development of the Saudi Arabian startup ecosystem.

“All through the 9/10ths Accelerator at KAUST, there was always growth.” Said Al-Omayri, “I’ve learned a lot from that experience. I connected with mentors who opened my eyes to a lot of new things such as business development and even beyond. I come from a very scientific background and field so I didn’t have the business knowledge I needed to run my startup, and that’s what the accelerator has really helped me with.”

In June 2019, Dhad pitched and won at the Saudi finals of the Entrepreneurship World Cup (EWC) which qualifies startups to compete for millions in prize money that took place in November 2019 at the Misk Global Forum (MGF) finals. Competitors from 90 other countries will vie for the final prize. “Being one of six finalists nationwide is overwhelming, and it’s even more overwhelming to know that I will be one in many hundreds of the best startups from each country.” Said Al-Omayri. “It really feels very challenging and competitive but at the same time I feel good that my startup has gotten to this level. Now we’re ready to show the world what we are doing.”

Like many startups, Dhad’s true aim is a real social impact with its celebration and preservation of the Arabic language. The time in the 9/10ths Accelerator program with its intense entrepreneurship training, access to investors, and one-on-one sessions with mentors, allowed the entrepreneurs the space to discover who they were and learn that short term goals are truly the pathway to the long-term.