Integrated circuits (IC) comprise just 10 percent of overall GPS systems, having been miniaturized significantly already. The remaining 90 percent involve so-called passive components, which are basic inductors and capacitors, antennas, and power sources that are often combined to form higher-order circuits such as amplifiers, oscillators, and filters. By embedding IC and passive components (which are integrated on PCBs) within the system’s packaging materials, further miniaturization is achieved. This emerging SoP concept works to reduce size on a system level. 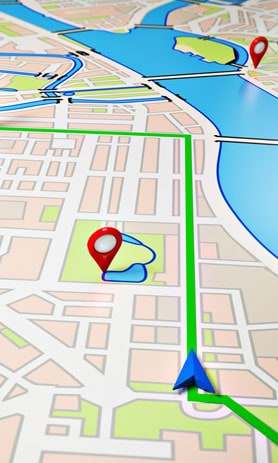 The most common technology for SoP implementation is LTCC. These filters are small, but in order to be used in today’s systems, they have to be connected to the PCB, where the rest of the system resides. PCB is an organic material, and its coefficient of temperature expansion is different than that of LTCCs, causing assembly and operation problems when the temperature rises or falls.

LCP technology has better characteristics at higher frequencies and temperatures, while permittivity remains constant for frequencies up to 100 GHz. Being organic, it is also more compatible with existing PCBs than are LTCCs. Integration between LCP and conventional PCB is more reliable, allowing LCP to outperform LTCC at temperature variations.

The technology can be used in chipsets for GPS-enabled and low-RF instruments, including: