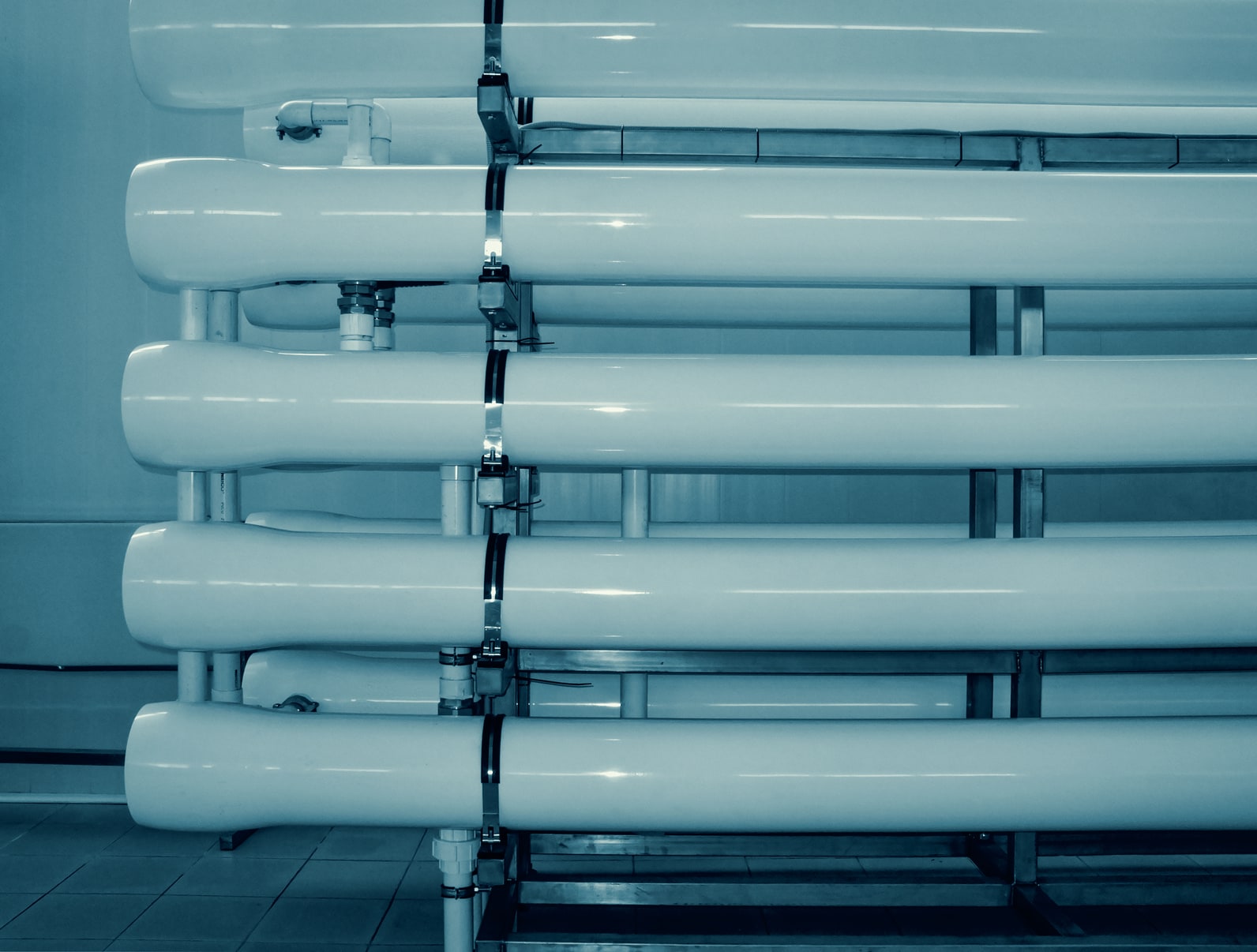 Membranes such as ultrafiltration, forward osmosis and other membrane technologies are important in separation processes, such as water desalination. A common problem with membranes is fouling during the separation process, such as by the adhesion of mainly organic solutes or biological microorganisms to the surface of membranes. The fouling can cause flux reduction and can lead to pore blocking. To improve or maintain membrane performance, operators must replace the membranes frequently or perform intense cleaning resulting in increased operational costs and maintenance downtime, lower yields, and reduced quality of water produced. Surface functionalization has been demonstrated to make membranes more hydrophilic. Alternatively, or in addition to surface functionalization, the creation of surface nanostructures can help reduce or minimize the fouling problem. 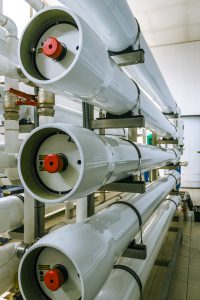 The polyazole polymers can be prepared with common techniques used to prepare dense membranes for fuel cell applications. The polymers are dissolved in organic solvents and the resulting casting solution is used for the production of porous membranes by phase inversion. The casting of the membranes consists of the formation of a flat sheet or hollow fiber and immersion in water or through the use of electrospinning. The method of forming the polymer membrane can include attaching nanoparticles to a surface or pores of the membrane with good distribution of the nanoparticles throughout the membrane. The described membranes have been manufactured and tested by the researchers for membrane distillation of seawater at various temperatures. The results indicate that the technology is feasible as a membrane distillation approach for desalination applications.

Most importantly, the developed membranes with the surface nanostructures can help reduce or minimize fouling. The developed membranes have high porosity and high hydrophobicity when compared to existing membranes based on polypropylene or semicrystalline polytetrafluorethylene. Unlike polypropylene or semicrystalline polytetrafluorethylene, the described membranes can be manufactured at room temperature in commercial equipment commonly available for the production of other polymers. In addition, the polymers used have a high thermal stability and only degrade at temperatures as high as 300 degrees Celsius. The method of forming the polymer membrane enables the attachment of nanoparticles to the membrane without additional polymer functionalization. Furthermore, the method can improve the lifespan of the membrane and avoid leaching out or other degradation during operation.