This extraordinary system enables users to immerse themselves in the most realistic and visually stunning virtual 3D environments currently available. In addition, the technology captures and converts 3D stereo images faster and more cost effectively than any competitor in the market. The exceptional quality of the visualization technology opens up new market opportunities in areas such as virtual tourism, museum exhibits, real estate, and much more.

KAUST’s 3D stereoscopic panoramic image system produces high­-quality 3D panoramic images quickly and inexpensively. The technology is ideal for organizations that have 3D immersive environments (known as CAVEs) that allow users to be fully surrounded by the images projected on the walls of a room and to navigate and interact with the images. The system can also be used for training (e.g., medical, military), entertainment (e.g., video games, movies), experiential learning, and architectural design. 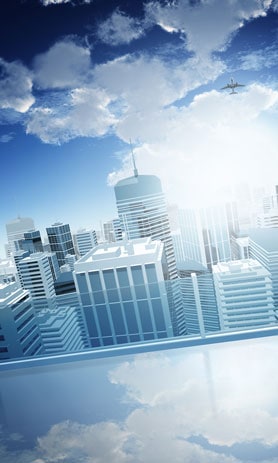 The technology consists of four main elements: a stereoscopic image­-capture device, programmable camera controller, robotic maneuvering platform, and path and adaptation controller. The first three elements use commercially available equipment. The novelty of the invention lies in the fourth element, the algorithm for the path and adaptation controller, which enables quick image capture and stereoscopic panorama production without the need for post­-process stitching software.

This technology enables companies to obtain extraor­dinary 3D images that can be used in 3D filming, CAVEs, and many other experiential immersive envi­ronments. Current methods for creating 3D panoramic models, including lidar scanning and computer­-aided design (CAD), typically require up to 45 minutes per photographic panorama capture and over 15 hours for post­-process stitching. In contrast, KAUST’s system captures an image in 1 second and requires no post-­process stitch­ing. This in turn lowers production costs and operational expenses for users. In addition, competing technologies cannot provide the sharp, detailed panoramic images available through KAUST’s imaging system. The superior quality of the images and the unprecedented capture and production speed enables a wide array of new industries to take advantage of this technology.