Engineering & Designing of Thermo-electric Materials as Green Generators of Electricity

This technology addresses the challenge associated with the high consumption of electric in buildings and houses and other civil structures. This is why scientists at KAUST have developed materials and designed systems based on thermoelectric materials that can be embedded or integrated with various tools, equipment, and civil structures where electricity is needed, ranging from electronics to buildings. The discovered materials are designed and integrated in a way that makes them capable of efficiently detecting thermal differences and variations (Δ T °C), rendering them as electric generators. The overall result will be effective optimization of electricity consumption and, in the case of electronics, longer battery life and operation.

This technology relates to embedding thermoelectric materials in flexible or hard substrates (such as glass windows). The temperature difference between the sides of the substrate generates Δ T °C. This variation, when detected by n-type and p-type thermoelectric materials, creates an electric potential that can be accumulated through specific system design and eventually results in generating overall high electric current output. 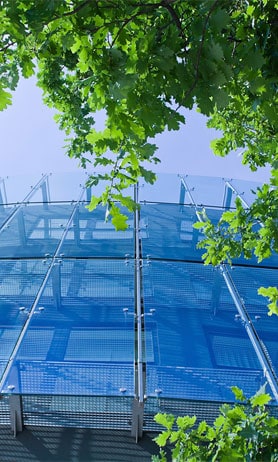 We demonstrated in our labs a working prototype of the technology using Plexiglas that can be used as window glass in buildings and other applications. In this prototype, the thermoelectric materials have been pelleted in a cylindrical shape and connected in a way allowing detection of temperature variation resulting in Δ T °C that can range between 5 to 20°C. As a result, an electric current has been generated that can reach up to 300 watts from 9m2 area of the window glass.

This technology utilizes wasted or unused energy to produce electricity. It is, hence, useful in areas where energy saving or an alternative for electric energy are needed. In addition, this concept can be applicable to different systems, whether stationary such as green buildings or mobile such as mobile phones and electronics. More than that, this technology depends on the use of free thermal energy, converting it to electric current that can be directly used or stored. This, in turn, has an economic advantage for energy consumption beside its environmentally green impact. The flexibility of the technology allows its usage as an integrated part of existing devices or as an ad hoc utility such as energy storage systems.