The gene cluster responsible for the production of the Didemnins has been isolated and characterized.

Didemnins are complex natural products that were first discovered in marine tunicates (sea squirts). Their synthesis by chemical means is complex and expensive.

A range of potentially interesting pharmacological activities have been identified. Potential as anti-­cancer agents was quickly demonstrated by in vitro tests and a modified Didemnin is currently in Phase-­III clinical trials in multiple myeloma. They also have potent anti­-viral and immunosuppressant activities.

In seeking to identify novel marine natural products, it was established that bacteria are responsible for Didemnin synthesis rather than sea squirts. Subsequently, the genes responsible for the natural route of synthesis of the Didemnin family were isolated. 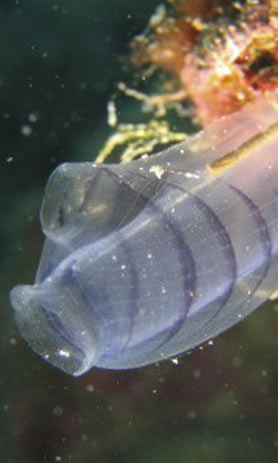 Initial clinical trials with the most interesting native Didemnin, Didemnin B, failed due to cardiotoxicity in the 1990’s. A modified, reduced toxicity version of Didemnin B (Aplidine), was developed subsequently; however, this is produced by a complex chemical synthesis.

Development of other Didemnins has not progressed because of concerns over toxicity and the lack of an optimal route of synthesis. This development offers the opportunity to produce novel Didemnins with either increased target cell killing or reduced off target toxicity. On the issue of syntheses, transfer of the gene pathway to other bacteria offers the opportunity for the biosynthesis of those products by bacterial culture.

The high potential toxicity of novel Didemnins could be of particular value in Antibody Drug Conjugates where the mechanism of action of Didemnins could differentiate them from other toxins used in this area.