Drug candidates to inhibit the progression of neurodegenerative disorders KAUST researchers have identified Parthenolide in combination with other well-known and characterized compounds as potential inhibitors of known pathways involved in the pathogenesis of Alzheimer’s disease. Advanced bioinformatics analysis reveals significant potential for Parthenolide to decrease the expression of six molecules (IkappaBα, NF-κB, NO, iNOS, TNFα, and IL-1β) associated with Alzheimer’s. The findings indicate that the major inflammatory pathways leading to the disease progression could be blocked when Parthenolide is used in combination with inhibitors of the tri-molecular receptor complex (TLR4/MD-2/CD14), such as Curcumin or Resatorvid, to reduce the processing and activation of caspase -8 and -3. The use of nACHR agonists such as Tilorone was also indicated to help restore normal cellular processes.

These combinations represent an opportunity to change the progression of Alzheimer’s disease whereas current drugs merely treat the disease’s symptoms. In addition, the compounds identified by the bioinformatics analysis at KAUST hold potential for treatment of other neurodegenerative diseases, such as Parkinson’s and Huntington’s. 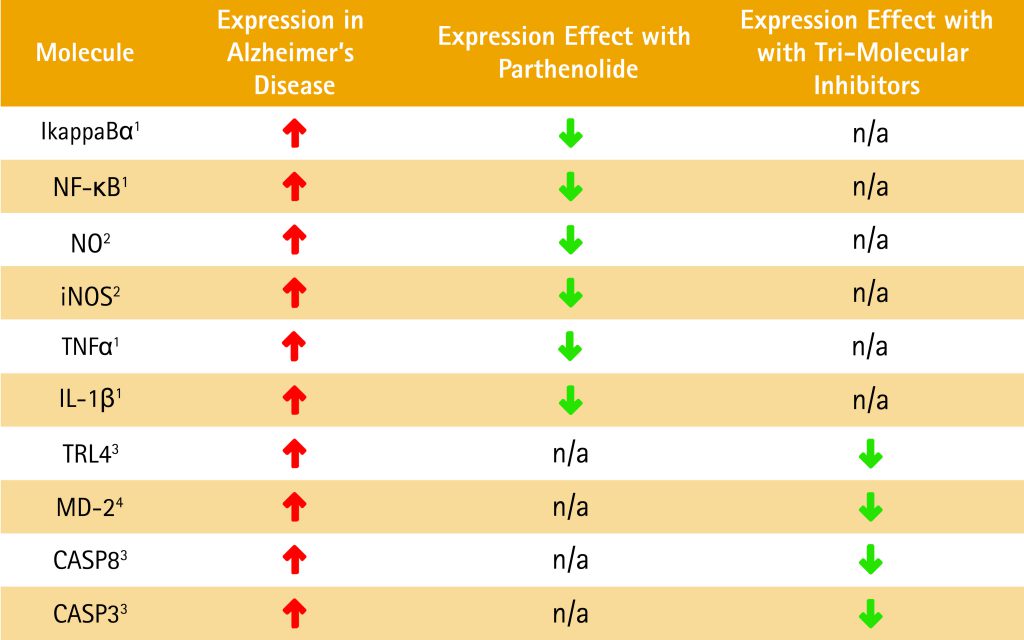