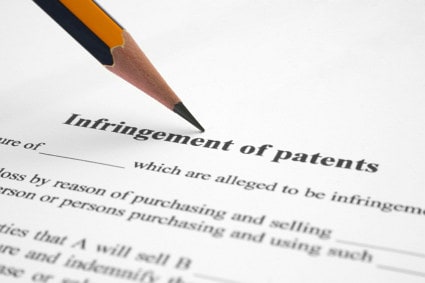 A popular topic in legal circles of late is patent trolls. The term typically describes a patent owner that does not have products in the market, but rather uses its patents to sue others for infringement.

For trolls’ victims, these companies are parasites. They divert precious funds away from research, and offer nothing in return.

But this perspective is oversimplified, and the term patent troll has sometimes been misused to tarnish legitimate players.

The term patent troll is highly unflattering, and that’s intentional. It was popularized in the early 2000s by large companies that trolls first targeted. But a more objective term for the large and varied collection of actors like these is non-practicing entities, or NPEs.

There are entities that act in bad faith, using weak or inapplicable patents and the threat of litigation to effectively extort money out of legitimate companies. This is certainly a negative phenomenon and should be discouraged, just like any company should be discouraged from using unethical business practices. The term patent trolls should be reserved for these types of companies.

On the other hand, there are many legitimate NPEs that play a positive role. For example, some companies conduct research and develop innovative technologies, but choose to license out their technology rather than making and selling products. This is a business model that we’re seeing more of as companies focus on high-value innovation instead of manufacturing.

Another type of NPE, sometimes referred to as patent aggregators, work with many small companies and individual inventors to build valuable patent portfolios. They then license these portfolios to larger players and share the revenues with the inventors.

In fact, federal research labs and universities are NPEs, because they don’t commercialize their research. Rather, they license their technologies to companies with the ability and desire to go to market.

The Legitimate Role of NPEs

According to some, NPEs put undue strain on the IP marketplace. But for others, they level the playing field.

Financial and logistical constraints mean that individual inventors and small companies have little chance of defending patents against technology giants like Apple or Samsung. Thus, many innovators keep silent about IP infringement, and others may choose not to invent at all.

That’s where NPEs come in. NPEs can give small companies a voice, providing clout and financial backing to help them stand up to infringers. They ensure inventors are protected, and rewarded, for what’s rightfully theirs.

A Strong Patent Strategy is Essential

Universities like KAUST are continually patenting new innovations, but we don’t practice. We seek to commercialize these innovations through licensing to established companies, or by starting up new companies to bring these technologies to market.

Meanwhile, increasingly large proportions of the revenues of some large tech companies are coming from patent licensing and infringement settlements. At the same time, predatory patent trolls rake in exorbitant sums. The boundaries dividing right from wrong are increasingly blurred.

Patents have become big business, and companies must adjust their business models to take this into account. Building a solid patent strategy is no longer an optional activity. It’s essential to ensuring that companies can survive and thrive in this new environment.

Therefore, perhaps we should stop asking which entities are practicing. Instead, we should question which players and what activities value invention, and reward inventors.

This post is archived and may contain outdated information.