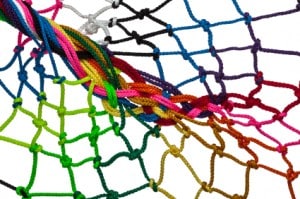 There’s been lots of talk recently about “open innovation.” Dr. Henry Chesbrough, at UC Berkeley’s Haas School of Business, coined the term and has written three books on the subject. It’s now become a popular buzzword, but what does open innovation really mean?

How Does Innovation Work?

To understand open innovation, we need to understand innovation itself. Innovation is about commercializing products based on inventions and taking those products to the marketplace. Many inventions, even those that are patented, never make it beyond the lab. That’s why innovation, not just invention, is vital for companies to achieve competitive advantage. Companies can do this by introducing new products or producing existing products more efficiently.

“Closed innovation” describes the way innovation often happened over the past century. Under this paradigm, the most successful companies were those that made large investments in internal research and development. This gave them a constant stream of innovative ideas that could be developed into new products. They also invested heavily in IP protection to prevent competitors from infringing on this internal R&D.

Money was key to this model. The companies that came out on top were those that had the most research funding, the best technical resources, and the most state-of-the-art facilities. It was difficult for smaller companies to compete with established players.

Toward the end of the twentieth century, however, this paradigm began to fail. Highly skilled employees were becoming more mobile, moving from one company to another and taking their experience with them. The availability of venture capital funding for startups encouraged more employees to leave large research organizations and start their own companies. These employees were taking their knowledge and skills gained after many years of experience working in research labs of large companies, leaving these companies with no return on their investment. The closed innovation paradigm was no longer working, but a new standard for innovation was starting to develop. It was called “open innovation.”

Adapting for the Future

A shift toward open innovation is underway. It has been easier to adopt in some industries than others, and many companies are understandably reluctant to change existing business models. However, companies that fail to incorporate at least some aspects of open innovation will likely have difficulty competing against those that take the plunge.

As companies begin to expand their search for innovation beyond internal R&D, universities can become important sources of new technology. Companies can use universities’ expertise and resources as extensions of their own research teams. They can sponsor research into specific areas of interest, and negotiate ownership or exclusive licensing rights to any resulting technology. They can also guard their inventions with IP protection such as patents.

At KAUST, the Technology Transfer and Innovation (TTI) office is responsible for the management of KAUST’s IP as well as supporting commercialization of KAUST research. With a diverse team of leading researchers and some of the most sophisticated labs in the world, KAUST is actively working on cutting-edge research in many fields, including advanced materials, membranes, renewable energy, and nanotechnology.

Universities like KAUST provide a fresh source of innovation, without the risks posed by business mergers and fledgling startups. They’re helping companies ease into the world of open innovation, one idea at a time.

This post is archived and may contain outdated information.