In the last week of February KAUST hosted some of the most cutting-edge researchers in the area of photovoltaics at the annual KAUST Solar Energy research conference.

The conference theme, Synergistic Approaches in PV, underscored the overriding message of the conference – the trend towards a high-efficiency device design that combines old and new technologies for greatly enhanced performance, called a tandem solar cell.

Tandem solar cells are stacks of individual cells, one on top of the other, that each selectively convert a specific band of light into electrical energy, leaving the remaining light to be absorbed and converted to electricity in the cell below.  By doing so, tandem cells can surpass the theoretical energy conversion efficiency of any single cell acting on its own. 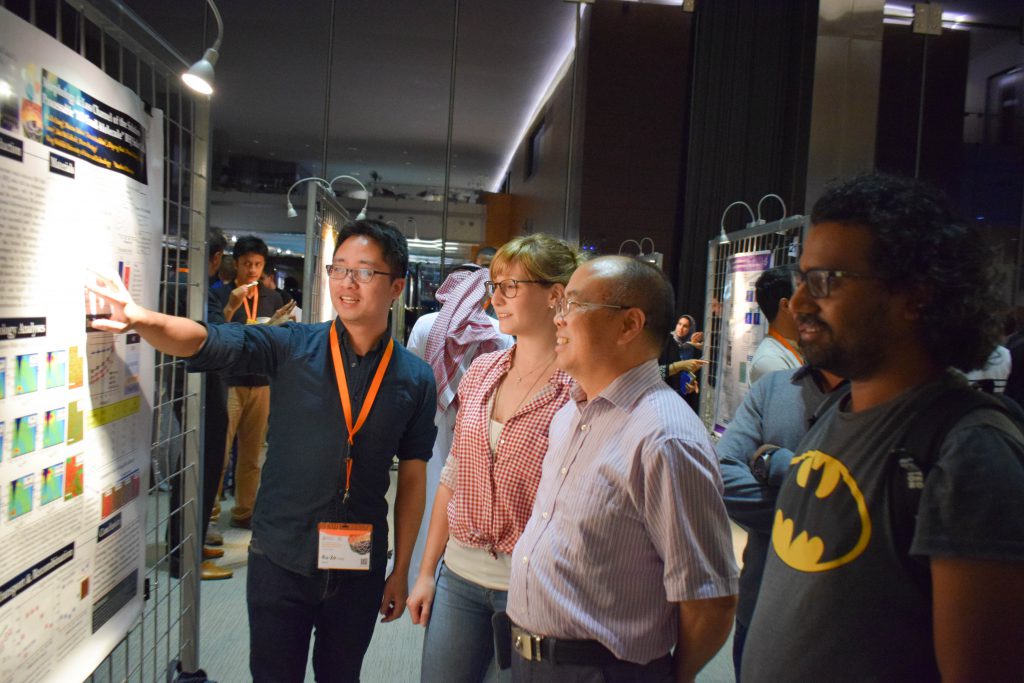 This tandem cell approach has been used to fabricate the world’s most efficient solar cells that are capable of converting 46% of sunlight into electricity. Unfortunately, these devices use very expensive materials and fabrication processes, and so are priced out the market. One focus of the conference was to use cheap, commercially available silicon solar cells and add a metal halide perovskite cell on top, boosting the overall device performance.

Henry Snaith, Professor at the University of Oxford and one of the original inventors of the perovskite solar cell, discussed the commercialization of silicon-perovskite tandems and their potential route to market via a company he co-founded, called Oxford PV. Professor Snaith believes his company is on track to deliver a commercial product in the coming years, and showed some of the devices recently manufactured at an Oxford PV pilot line in Germany. 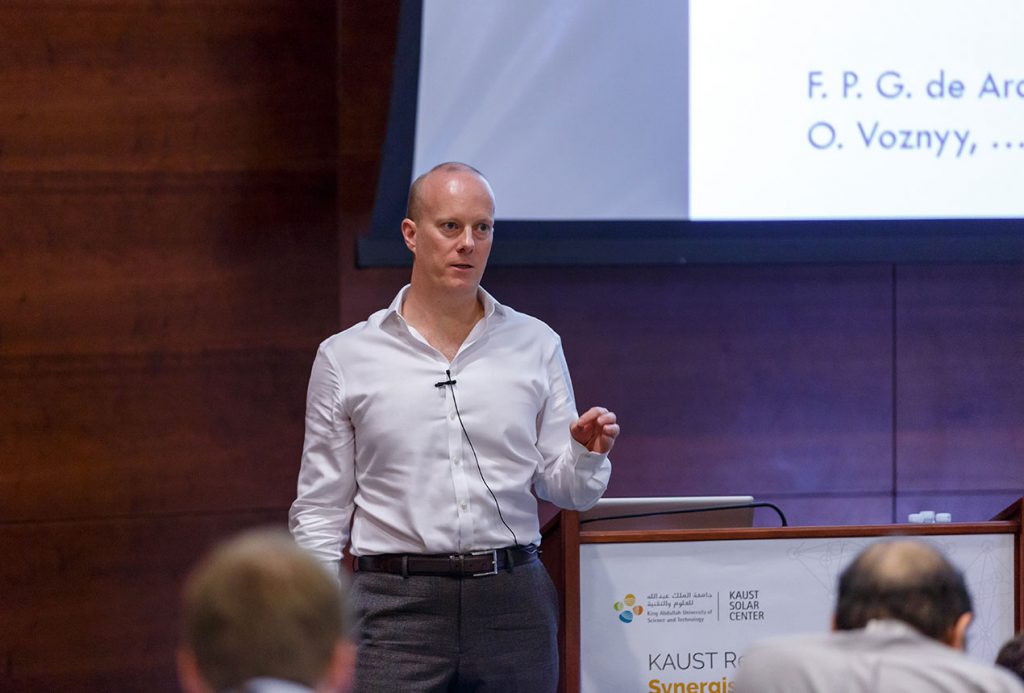 The tandem approach isn’t the only way of enhancing the performance of silicon solar cells. Dr Peitro Altermatt, the Principal Scientist from Trina Solar, one of the world’s largest silicon solar cell manufacturers, gave an insightful talk on the state of Chinese solar cell manufacturing, and the pathways he believes will result in 23-24% mass producible silicon cells in the coming 8 years. By this time the current silicon technology in mass production will reach its efficiency limits and a fundamental shift in technology will be required. This will most likely be towards so-called passivating contacts that reduce the energy losses at the positive and negative terminals of the solar cell. Dr Altermatt made the point that the development of innovative manufacturing processes and new materials that can act in this passivating contact solar cell design, a focus of the research undertaken within the KAUST Solar Center, is required for continued advancement of the silicon solar cell industry.

One company that is pushing the limits of silicon passivating contact technology is Panasonic, with a silicon wafer based cell that it invented called the silicon heterojunction (SHJ) cell. Panasonic is currently partnering with Tesla to incorporate its cells into Tesla’s solar tile. One of the inventors of the SHJ cell, Dr Mikio Taguchi, gave a presentation demonstrating the potential of this technology with Panasonic achieving an efficiency of 25.6% – greater than the current mainstream silicon technology – with a device design that has all of the metal contacts on the rear side of the cell, called an interdigitated back contact, or IBC cell.

One other alternative way toward high-efficiency silicon technology is to use both sides of the cell to collect sunlight. Called a bi-facial cell design, this approach, according to Professor Muhammad Alam of Purdue University, can approach energy yields as high as the more complicated IBC design and similar to the perovskite-silicon tandem cell, without the added manufacturing complexity. Bi-facial modules can also be configured in a vertical array, meaning the collection of dust on the cell, called soiling, can be effectively eliminated – a great strategy for PV installations in the Kingdom and similar sandy environments.

Overwhelmingly, the conference highlighted the need for continued research into all kinds of cell designs, materials and PV energy conversion technologies. The path forward for the industry is far from clear, but it is shaping up to be a very competitive race for high efficiency, low-cost photovoltaics.