All businesses – no matter the location, size, or maturity – experience conflict. For larger companies, the impact is typically low, with clearly-defined management hierarchies and HR protocols providing a clear path to resolution.

For startups, however, it’s a different story.

While there isn’t necessarily more conflict in the startup environment, the potential impact of any conflict can be much greater. And while a power struggle between ambitious managers in an established multinational might harm productivity for a handful of employees among tens of thousands, a similar disagreement in a startup could damage the entire company.

But while conflict is a genuine existential threat to the survival of a startup – as many as 65% of high-potential startups fail due to co-founders falling out, according to award-winning author and professor Noam T. Wasserman – when approached correctly, conflict can be an incredibly powerful tool capable of making your startup stronger.

“Conflict is neither good nor bad. Properly managed, it is absolutely vital.” Kenneth Kaye

In this article, we’ll cover: 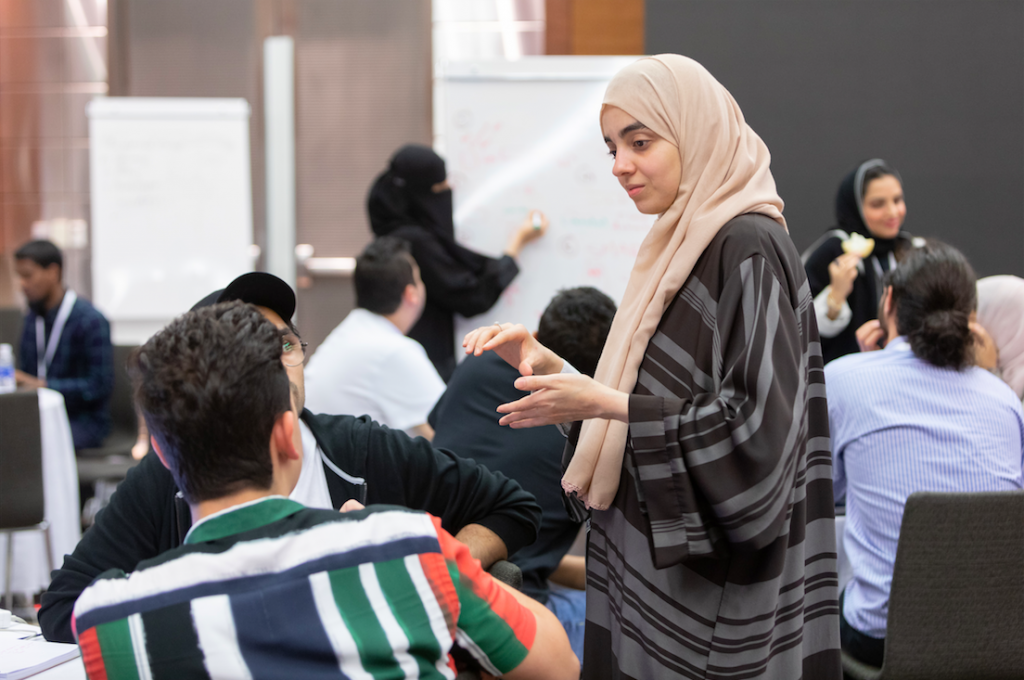 Conflict comes in all shapes and sizes, from petty grievances between team members to heated debates about game-changing decisions.

Here are a few of the most common causes of conflict startups, in particular, should watch out for:

It used to be the case that your average startup was built by a single visionary, but these days it’s increasingly common for two or more founders to team up – after all, two brains are often better than one and many VC’s look for founding teams with complementary skill sets.

But while all good co-founders share a vision, that doesn’t mean they’ll all agree on the steps required to achieve it.

When things are going well, it’s easy for co-founders to pat each other on the back in celebration of their success. But scaling a company will inevitably bring its ups and downs, and when things start to go badly, conflict between co-founders can threaten to tear a young business apart.

Dynamism and pace of change can make startups exciting companies to work for. But a large degree of autonomy, high levels of responsibility, and (in many cases) long working hours can make working for startups both mentally and physically taxing. Ratcheting up stress and pressure increases the frequency and severity of workplace conflict.

Lack of clearly-defined roles and responsibilities

It’s the nature of the startup environment – a small number of people trying to achieve big things – that roles tend to be much broader than they would be in a large organization.

This ‘jack of all trades’ approach is great in the early days when employees are few in number and skillset gaps abound. But as startups grow, confusion over who is ultimately responsible for a given decision can lead to infighting and hamper swift, smart decision-making. 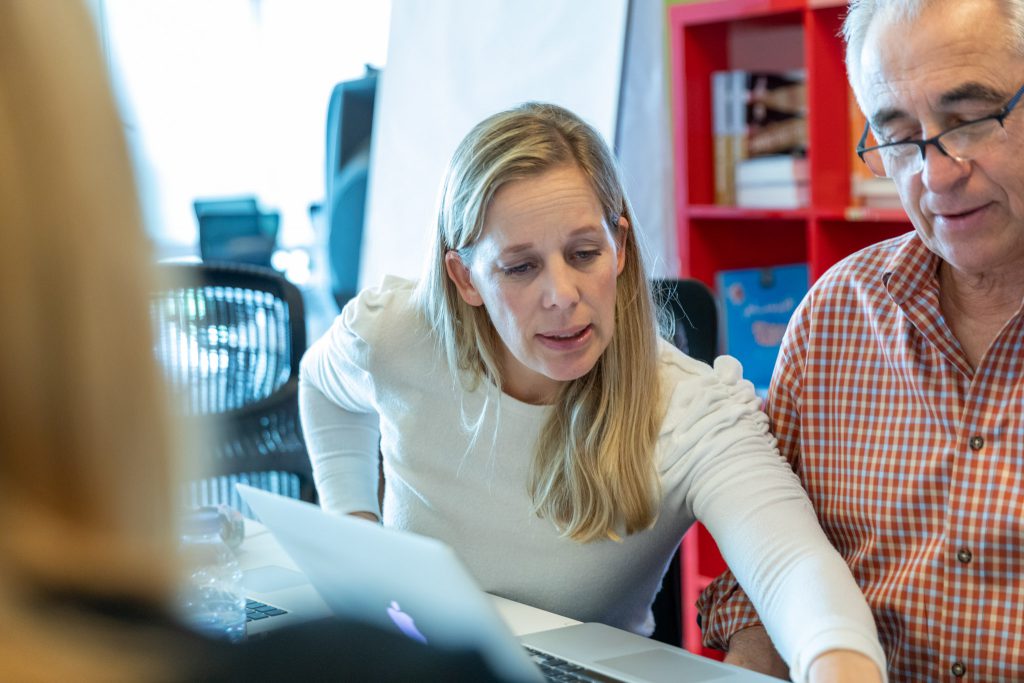 There are several different ways to approach conflict, but we’re going to cover the five most important ones here.

For many people, conflict of any kind is uncomfortable. Avoiding conflict altogether, therefore, represents an easy way out of a potentially unpleasant situation.

But for important issues, conflict avoidance is extremely damaging, often making any eventual showdown far worse than it might have been had things been handled up front. And by avoiding conflict, resolution of any kind is impossible.

That said, there are situations where conflict avoidance might be appropriate. Minor disagreements between team members, for example, or when one or both parties involved need a ‘cooling-off’ period before they’re ready to resolve the issue rationally.

This conflict management style sees one party effectively ‘give in’ to the other, allowing them to have their way.

Accommodation is often appropriate when the other party in the conflict is more knowledgeable about the subject at hand, when one party suspects they may be wrong in their assessment of the situation, or when it’s clear the issue is much more important to one party than it is to the other.

This conflict management style can be wrongly employed when certain personality types experience conflict. For example, an extrovert with a big personality might steamroller a more reserved individual into accommodating their point of view, even though that may not be the optimal resolution.

This conflict management style typically arises when the individuals involved are more interested in ‘winning’ the conflict than they are in reaching the best conclusion for the business.

This style is rarely – if ever – appropriate. When individual egos come to dominate conflict, a startup’s culture will suffer, the best solution will be reached far less often than it should be, and relationships can be permanently damaged.

A common conflict resolution strategy, compromise sees all parties make concessions with the aim of reaching a middle ground resolution that is acceptable to all.

Compromise can be a sound strategy for handling startup conflicts, but it’s important to remember a compromise solution will often end up being a kind ‘halfway house’, with concessions on both sides meaning neither party gets what they wanted.

Collaboration is similar to compromise in that both parties work together to resolve the issue. But where compromise is about giving and taking on both sides, collaboration is simply about finding the best solution. That may mean going ahead with the approach of one party, or possibly coming up with a new solution altogether.

For important decisions that are not time-critical, collaboration is likely to be the very best approach to conflict management. Ultimately, it is the surest way to reach the best possible solution for the business.

Making Conflict Work For Your Startup 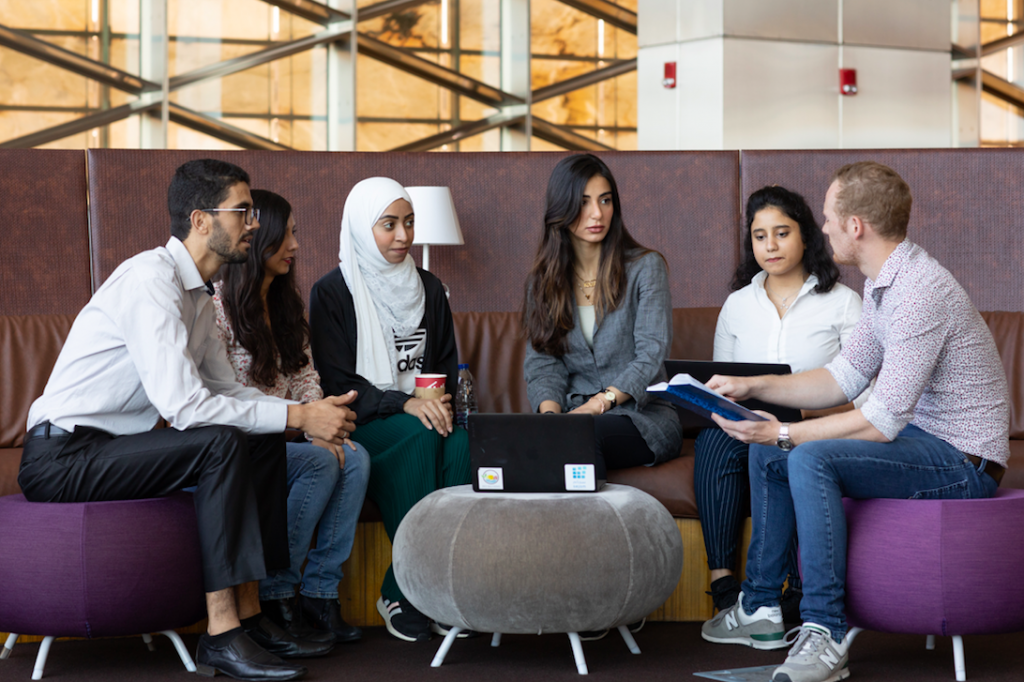 At its worst, conflict has the potential to tear a startup apart before it ever achieves its true potential. But when harnessed correctly, healthy conflict can help young businesses challenge their own status quo, be more receptive to new ideas, and keep passionate team members happy, even if they don’t always see eye to eye.

There are many ways to do this – we’ll cover some of the key ones here.

“The Law of Win/Win says, ‘Let’s not do it your way or my way; let’s do it the best way.'” Greg Anderson

To many people, the word ‘conflict’ has decidedly negative connotations. But it’s important to remember that conflict does not have to be some kind of corporate warfare. It’s a natural, expected, and common outcome that occurs when any group of passionate individuals get together.

By reframing conflict as a search for the optimal solution to any given challenge, team members are far more likely to embrace the more valuable conflict management styles like collaboration and cooperation.

No matter how good our intentions, there will be times when it simply isn’t possible to reach a peaceful solution to any given conflict – sometimes both sides are simply too entrenched in their own point of view. At this point, it might be necessary to nominate a responsible party to make an executive decision.

Because startup management structures are typically much flatter than those found in more mature businesses, it can be difficult to identify a single responsible individual. By defining the boundaries between responsibilities early, startups can resolve conflicts where collaboration simply isn’t cutting it.

Cultivate a Culture of Debate

Successfully managing conflict is all about keeping things professional. When lots of driven, intelligent people get together, there can be a tendency for egos to take over. As soon as conflict becomes overly emotional, there’s a good chance it stops being beneficial and instead becomes damaging.

By encouraging a culture of debate, you keep the focus not on point-scoring between team members, but on reaching the best solution for the business.

Sometimes it’s valuable to take a more formalized approach to conflict management by using tools such as the Thomas-Kilmann Conflict Mode Instrument (TKI).

TKI uses a conflict resolution framework to identify conflict management styles of the individuals involved, providing specific tactics to reframe and defuse conflict in the pursuit of more positive outcomes.

Conflict in the workplace is inevitable, particularly for startups where pressure is high and hours are long. And while conflict isn’t an inherently good or bad thing, it does have the power to either help or hinder your company.

Allowing conflicts to progress unchecked can permanently damage relationships and see the ideas of talented introverts trampled by the opinions of bigger egos. But by approaching conflict in your startup with eyes wide open, it’s possible to encourage a culture where healthy conflict leads to better decision-making, increased innovation, and stronger teams.