Microfluidic Methods for Quantification of Protein and DNA Agglutination­-Based Assays

Clinical diagnostic methods involving immunological procedures are advantageous due to increased specificity and sensitivity, with many immunological assay methods available both in research and clinical settings. Advancements in microfluidics and assay miniaturization have reduced sample consumption and improved reaction kinetics, resulting in shortened processing times while keeping high sensitivity. KAUST has developed a novel suite of technologies for quantitative analysis of target analytes, such as DNA or protein, based on agglutination in microchannels. The developed technologies could lead to improvements in throughput and overall utility of agglutination assays for diagnostic applications, particularly within biochip/lab­-on­-a­-chip constructs.

The suite of technologies developed are based on agglutination in microchannels and include two separate systems. The first system involves assay droplets flowed through microchannels that provide efficient mixing, greater throughput of agglutination tests and a platform for on­-site quantification. The second system includes a process of adding analyte to the assay in a time varying fashion to prevent possible false negatives resulting in greater reliability. The technologies are not assay­-dependent, but rather can be incorporated into existing assays to enhance throughput and sensitivity. 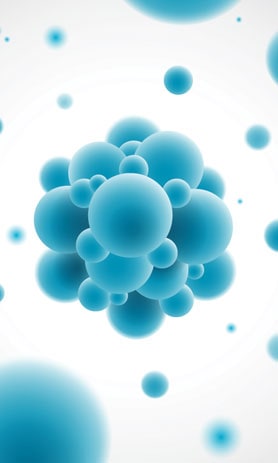 The two novel systems can improve the throughput and sensitivity of agglutination-based assays for protein and DNA detection that are commercially available, or as a tool to facilitate the development of new assays. These systems are not dependent on any specific assay. They can also be used in more novel ways, such as agglutination of nano-particles for the detection of heavy metals.

The first system developed results in a highly efficient mixing of functionalized microbeads with the analyte, eliminating the need for incubation and external mixing structures or processes such as magnetic actuation. This system was shown to reliably quantify the agglutination of both protein­ and DNA-based agglutination assays rapidly and at high flow rates of up to 30 to 50 times higher than existing assays. The setup involves a silicon capillary tube filled with mineral oil and driven by a syringe pump. Droplets containing a bead and analyte mixture are inserted into the tube by the open end. Agglutination can be quantified optically by computer processing images taken mid-length of the tube.

The second system includes the detection and continuous quantification of agglutination assays within a capillary tube. With this system, a false negative that naturally occurs at high concentrations in agglutination assays, referred to as the “prozone effect,” is avoided by slowly adding the analyte while running the test. This allows the concentration of the analyte to asymptotically approach the sample value and prevent prozone level attainment before agglutination can occur, resulting in greater reliability of measurement.